You love Venice, like I do. With your passion for this most passion-inducing of cities, you’ve probably read all the well-known novels set in La Serenissima: Death in Venice, Miss Garnet’s Angel, A Room With a View…

These books are terrific, but Venice has been a favorite of travelers, dreamers and writers for a very, very long time and there are many more, quite different, novels that use Venice as a setting.

During my research for writing The Merchants of Light, my novel set in 18th century Venice, I read many of them. Here I offer my list of some of the most pleasurably odd takes on Venice in literature I discovered on my journey.

These novels will appeal to readers who have covered the standards and are looking for books that capture a wider spectrum of the moods of Venice. Some are haunting, others hilarious, others are really just kind of weird. But enigmatic Venice is all those things, too, in addition to being the sublime city of our hopes and dreams. Read on. 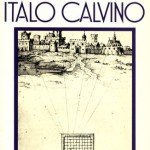 Invisible Cities by Italo Calvino
As they lounge in the gardens of the imperial palace, Venetian Marco Polo describes to the Emperor Kublai Kahn many of the exotic cities he has visited in his travels. These aren’t ordinary cities; they’re cities on stilts, floating cities, cities divided in two, inverted cities, cities of the dead, cities defined by trade, by mood, by perspective…They are cities of the imagination and, as Marco Polo tells Kahn, they are all Venice. A unique book that reminds us of the many faces of Venice, and why we shouldn’t get too attached to any single one of them. Invisible Cities has inspired many artists, including David Fleck, and, profoundly, me. 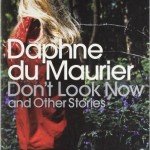 Don’t Look Now by Daphne du Maurier
You may have seen the film with Donald Sutherland, Julie Christie and that dwarf, (they are remaking it, apparently) but don’t miss the original, a brief, chilling tale of loss by the brilliant Daphne du Maurier. Her Venice is no place for lovers. Instead, it’s a damp, chilling labyrinth where people do desperate things and death awaits at the end of a winding alley. Other Venice novels, especially Iain McEwan’s The Comfort of Strangers, owe a huge debt to du Maurier, who with this story invented what I think of as Venetian noir. 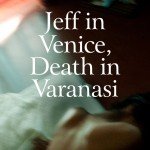 Jeff in Venice/Death in Varanasi by Geoff Dyer
Jeff in Venice may be a novella, or it may be a memoir—it’s not really clear. Dyer’s fictional Jeff goes to the Venice Biennale as a journalist. There, instead of suffering the pangs of unrequited love, like Aschenbach, Mann’s tragic hero, Jeff meets a hot girl and falls into a sort of orgy of sensual indulgence, getting more tail and strawberry Bellinis than he bargained for. This satirical inversion of Death in Venice will appeal readers who are fed up with Mann’s fable of frustrated desire, and to those who just like to think about drinking lots of strawberry Bellinis beside a canal. 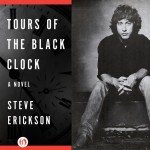 Tours of the Black Clock by Steve Erickson
I love Steve Erickson. Every novel he’s ever written is on my bookshelf but Tours of the Black Clock is an all-time favorite. In this multi-layered, shape-shifting narrative, a ruined, sinking Venice makes an appearance as the future prison of a senile, porn-addicted Adolph Hitler. More moral decay and putrefaction, anyone? Yes, please! 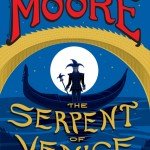 The Serpent of Venice by Christopher Moore
Moore does comic takes on high culture better than anyone I can think of. His Venetian outing finds Pocket, the gutter-mouthed hero of his previous novel, Fool, roaming the canals, running into Marco Polo and generally making a nuisance of himself. Also check out Moore’s hallucinatory novel about the French impressionists, Sacré Bleu. It’s number one on my list of most original contemporary novels about painting (to come). 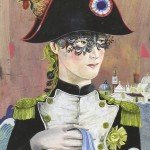 The Passion by Jeannette Winterson
Napolean’s chicken chef falls madly in love with a gondolier’s daughter with webbed toes. Need I say more? Classic Winterson, The Passion is an ode to bizarre obsessional loves—and the city of Venice counts as one of them. This highly atmospheric book is even more remarkable when you learn that Winterson wrote it without ever having visited Venice. Just goes to show you what a great writer can do with her imagination. 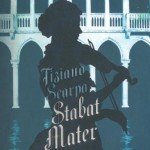 Stabat Mater by Tiziano Scarpa
You don’t get sweeping descriptions of the beauties of the Grand Canal in this intriguing little novel, which won Italy’s Strega Prize. Scarpa’s Venice is almost totally interior and its preoccupation is sound, not imagery. Set in the 18th century, the action takes place inside the famous orphanage of the Ospedale della Pieta, where Vivaldi debuts some of his most famous compositions with an orchestra of female musicians. Original and memorable. Scarpa, a Venetian, is also the author of a quirky insider’s guidebook: Venice is a Fish.

Want yet more book recommendations? No one has covered the literature about Venice as completely and lovingly as Jeff Cotton. I encourage Venice-hungry readers to have a good look at his generous blog, Fictional Cities. He also reviews novels and non-fiction books on Florence and London.

The banner image: Books by Venice by Patrick Hughes