by Marta Maretich | Oct 23, 2014 | The Possibility of Lions, Writing and reading 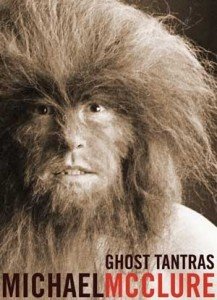 Michael McClure is an American poet with a career stretching back to the Beat generation. In the attached clip McClure puts aside his tambourine to go the the San Francisco zoo to recite “Tantra 49″, a poem from his 1964 collection Ghost Tantras, to caged lions.
The book is largely written in what McClure called “beast language” — think Dada with growling. McClure describes the tantras as “ceremonies to change the nature of reality.”

Clearly, the lions find his performance interesting. Notice how the one nearest to McClure reacts with his own rhythmic roars — before realizing that the poet isn’t really a serious player, in lion terms.

Makes me wonder how Roland from The Possibility of Lions would have reacted. Possibly, he’d have gotten up. And then gone back to sleep.