Five characters help tell the story of the Tiepolos in The Merchants of Light. Each of them is closely based on figure from history. Learn more about their real-life stories in this series of blogs. 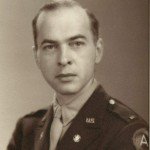 Lieutenant John D. Skilton Jr: If ever there was an unlikely-likely hero, it was John D. Skilton Jr. The first of the five narrators of my book, The Merchants of Light, he was also my most unexpected discovery. All the screenwriters of Hollywood could not have invented a character so right for the role he played in rescuing Tiepolo’s masterpiece for posterity… More. 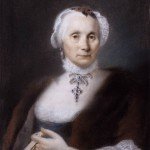 Cecilia Guardi Tiepolo: Nobody knows much about Cecilia Tiepolo. It seems strange to say this about the woman I spent so much time writing about. It seems even stranger when you consider how familiar her proud face and lush, womanly body are to us from hundreds of drawings and paintings by her husband, Giambattista Tiepolo. Yet documentary evidence of her life was so hard to come by I had to turn to the next best thing: Gossip… More. 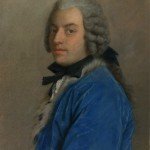 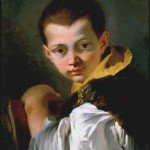 Lorenzo Baldissera Tiepolo is the youngest of my narrators in The Merchants of Light. In real life he was the youngest Tiepolo, born in Venice in 1736 when his mother Cecilia Guardi Tiepolo was 34 and his father, Giambattista Tiepolo, was 40. His middle name, which (in my novel) makes it impossible for him to write his signature in the snow “even with a full bladder”, may have been… More.